Dodgers Will Still Give Away Juan Uribe Bobbleheads Despite Trading Him 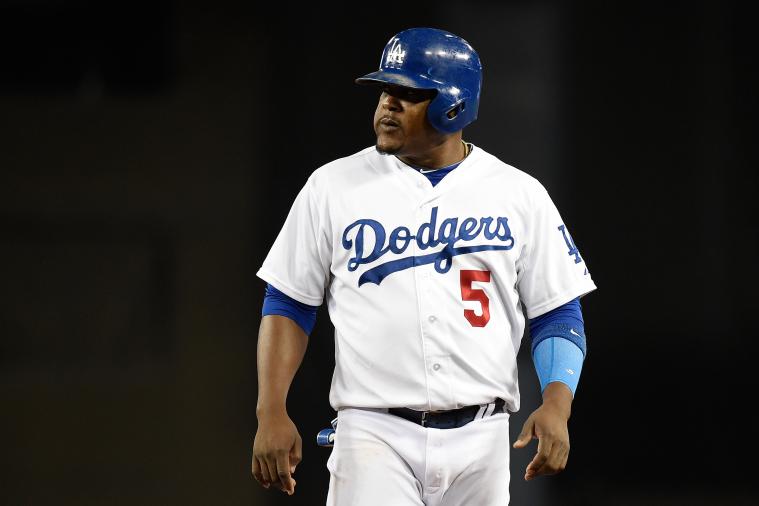 From Bleacher Report by Katie Richcreek

Despite trading Juan Uribe to the Atlanta Braves in a six-player deal that theLos Angeles Dodgers announced on Wednesday, the organization revealed its plans to still have the bobblehead giveaway honoring the third baseman on July 11 as scheduled:

The Dodgers have a long tradition of recognizing players who have made great contributions to the organization. Juan Uribe will hold a special place in Dodgers history for always being a fan favorite and a consummate professional. There was no better teammate to have than Juan Uribe.

Fortunately for fans attending the July 11 game, there doesn't seem to be any bad blood. But if the bobblehead isn't consolation enough, here are some heartfelt words from Papi himself:

Juan Uribe has a message for you, Dodger fans. pic.twitter.com/a7xuNPX2BM