From The Capital Times by Todd D. Milewski 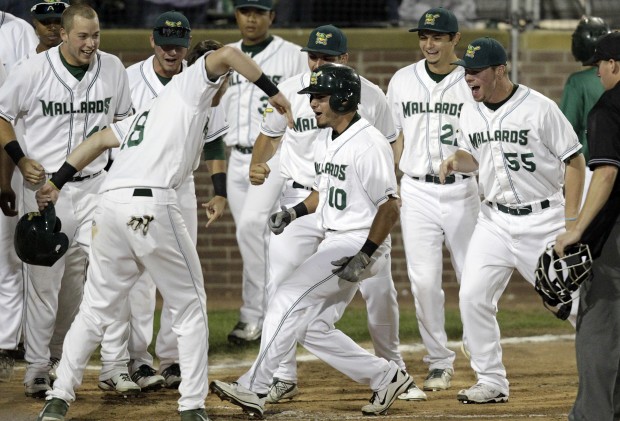 The Madison Mallards are about to launch their 15th season of summer collegiate baseball and over the first 14 they've posted some impressive attendance numbers.

There are plenty of statistics beyond the turnstiles, however.

With the season scheduled to start Tuesday night (6:35 p.m. at Warner Park against Kalamazoo), here's a look at some figures from Mallards estimates and Northwoods League statistics.

The team has given away around 134,000 bobbleheads as part of game-day promotions. There have been over 100 unique varieties.

The 1,000th regular season game in Mallards history will take place this season. The Mallards are 519-426 all-time, so their 55th game this season (scheduled for July 18 at Battle Creek but subject to change because of rainouts or rescheduled games) will be No. 1,000.

The Mallards could reach 5,000 regular season runs scored all-time this season, but it would take the best offensive output of the franchise's history. The team has scored 4,578 runs in 945 games, leaving it 422 shy of the 5,000 mark. The best run production in a Mallards season was 418 in 2013, when the team played 70 regular season games. Northwoods League team now are scheduled to play 72 games per season.

With 3,994 runs allowed all-time in regular season games, the Mallards should cross the 4,000 mark in the first week of the 2015 season.

Mallards vendors sold over 4,000 servings of cotton candy in the 2014 season.

The Mallards said they use 250 bats per season. If you take 32 ounces as the approximate weight of a wood bat, that's about 500 pounds of wood.

Mallards pitchers have recorded 6,834 strikeouts, an average of 488 per season or 7.23 per game. The team will likely get to 7,000 strikeouts in franchise history some time in the first half of the season.

The team orders 1,776 baseballs per season. If the average baseball weighs 5.125 ounces (regulations allow for it to be between 5 ounces and 5.25 ounces), that's 569 pounds of baseballs.

The Mallards are scheduled to play 36 games in 35 days before their first day off of the season. That stretch ends with a doubleheader at La Crosse on June 29.

The 76-day regular season schedule includes six days off — three for the July 21 All-Star Game in Wisconsin Rapids, one for the Aug. 4 Major League Dreams Showcase at Warner Park and two scheduled off days.