From Pennlive.com - Aaron Margolis earns the credit for hatching the latest and certainly unique plan to promote the rich history of Harrisburg Senators baseball on City Island.

Because the modern-day Senators are leaning in to their 30th Eastern League season along the Susquehanna River, front office personnel thought it was time to honor those players who dazzled spectators at what is now FNB Field. A simple Wall of Fame or retiring a slew of jersey numbers would not suffice.

Welcome to The One & Only World Famous, Life Size Bobblehead Hall of Fame.

"We're now at the point in franchise history where we have these players who have seen their entire major league careers play out, and I think from there the talk of jersey retirement kind of started," said Margolis, the Senators assistant general manager. 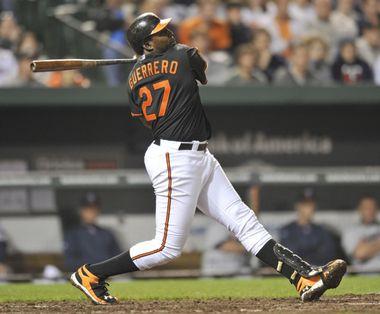 "For whatever reason, it didn't exactly sit right with me because it seemed very staid and buttoned up, very traditional. While baseball is as great of a traditional game as you can get, it didn't seem to fit with who we are or certainly what minor league baseball is. We kind of landed on this giant bobblehead."

The Senators issued a press release on Wednesday detailing the plans to create its one of a kind Hall of Fame.

Three players will enter the ranks this inaugural season, beginning with the 6-foot-3 bobblehead version of retired MLB slugger Vladimir Guerrero on April 16.

Guerrero, who would make his major league debut with the Montreal Expos that September, will be at FNB Field for the unveil. The first 1,500 fans at the ballpark also will receive a miniature version of Guerrero's bobblehead. 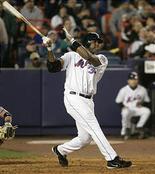 Life-size bobbleheads of Cliff Floyd, who hit .329 with 101 RBI for the Eastern League champions in 1993, and Bryce Harper, Washington's reigning National League MVP, will be enshrined July 9 and Aug. 13.

"We thought it would be cool to do a Hall of Fame, but we didn't want to do anything ordinary," Harrisburg Senators President Kevin Kulp said.

"People have put plaques on walls or numbers on the building and it's cool, but it's not going to really get anybody excited. We tried to come up with an idea that was very minor league baseball. We love the idea of doing things outside the box."

Kulp said the organization reached out to San Diego-based Brandiose, the branding company behind the Senators' mayfly promotions, to get the ball rolling on the concept.

Seattle-based Alexander Global, which manufactures the 7-inch bobbleheads awarded to Senators fans three or four times each season, will also create the life- size versions. Margolis said each bobblehead would reflect a pose from a player's time with the Senators, and there's another twist.

Because each bobblehead will be placed in an easily accessible part of the stadium, likely the outfield concourse for now, a player's bio and baseball history will be incorporated into the piece.

Reigning National League MVP Bryce Harper was 18 when he debuted in Harrisburg in 2011.Sean Simmers/PennLive

According to Kulp, the bobbleheads could initially be spread out across the ballpark for maximum visibility before the organization decides where Harrisburg's more whimsical version of, say, Monument Park at Yankee Stadium, will be.

"It's all about doing stuff that's fun," Kulp said. "The best form of flattery we could ever receive on this is that someone does this next year because they thought it was a such a great idea."

Margolis agreed. It's an idea, he said, was born from countless family car trips through the back roads of the Mid-Atlantic states.

"You pass these places that are sort of off the wall. Why would I want to see a paper house or the world's largest ball of twine?" Margolis said.

"I this this kind of lives that. Pennsylvania and New Jersey are just filled with things like that. I think that's who we are as the Senators. We're a reflection of this area and the people that live here and the experiences they have. In a weird way, giant bobbleheads just ties into that even more."

The 2016 home opener is April 14 against the Reading Fightin Phils. Visit www.senatorsbaseball.com for additional information.